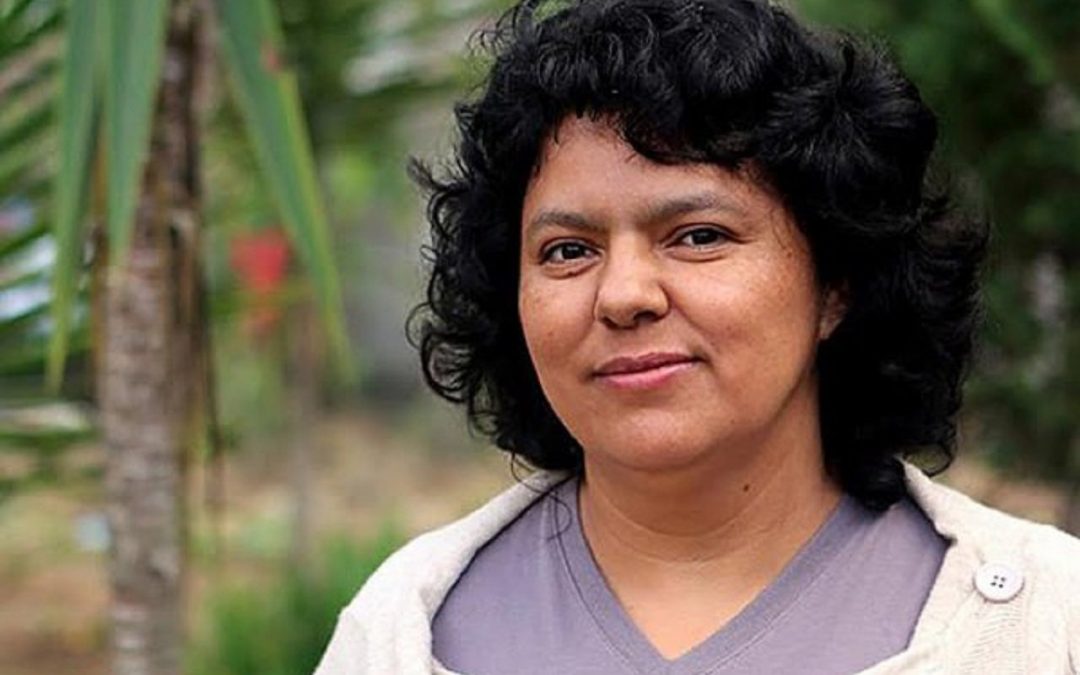 Berta Cáceres was a Honduran activist who was murdered in March 2016 because she was interfering with a large, internationally-financed, hydro-electric dam.  She was an important humanitarian leader for indigenous populations.  Her organizing successes and direct action campaigns made certain well-placed people very upset.  She was murdered in her home by seven paramilitaries.

Honduras has been judged as the most dangerous country in the world for environmental activists according to Global Watch.  Two more activists were murdered within a month after Berta.  The year 2014 saw the murder of 12 activists.  Despite all this persecution, they were successful in stopping the dam, which was never built.

Check out this article to get the story on how they found and convicted Berta’s killers after a 5 year investigation and a 49 day trial: